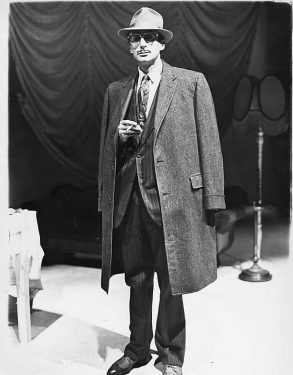 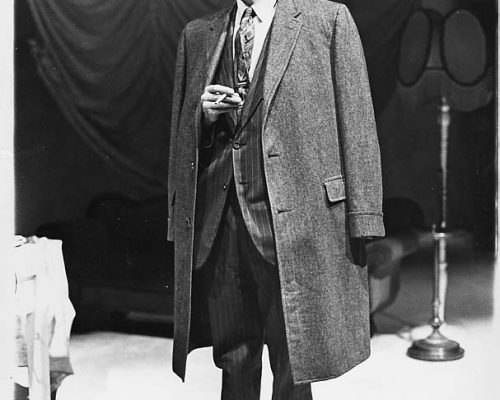 David Warrilow was an English actor who was best known for his portrayal of Samuel Beckett’s work. After eleven years as an editor at Réalités magazine, Warrlilow moved on to pursue his passion for acting. He met JoAnne Akalaitis in Paris and appeared in her production of Play. In 1970 David Warrilow came to America where he co-founded Mabou Mines with Ruth Maleczech, Lee Breuer, JoAnne Akalaitis and Philip Glass. In 1973, he starred in a theatrical adaptation of Beckett’s The Lost Ones, directed by Lee Breuer for which he received an OBIE award and marked a turning point in the actor’s career. Warrilow soon became an icon of the emerging downtown theatre scene. Warrilow made Mabou Mines his artistic home appearing in The Red Horse Animation, Southern Exposure, The B Beaver Animation, The Shaggy Dog Animation, and Dressed Like An Egg. His success in The Lost Ones prompted Warrilow to write to Beckett requesting that he write a solo piece, resulting in A Piece of Monologue, which Beckett wrote for him in 1979. Warrilow went on to play many roles in works by Beckett including Ohio Impromptu, That Time and Catastrophe, all directed by Alan Schneider.

Outside of New York Warrilow worked with Paris-based theater director Joël Jouanneau, interpreting the texts of Samuel Beckett, Thomas Bernhard, Joseph Conrad, Robert Pinget, and Robert Walser. In 1991 Warrilow played the role of Stanford Garland in the film Barton Fink, directed by Joel Cohen. While Warrilow’s work was varied and expansive he shone most in his brillant work with Beckett. Warrilow died in Paris at the age of 60 from AIDS. In his NY Times obituary Mel Gussow describes the relationship between actor and playwright, “Because of his lean, craggy appearance and his eloquent voice, he became so identified with Beckett that he was like his acting alter ego: if Beckett had been an actor, he might have been David Warrilow.”