Clove Galilee selected to participate in the New Generations Program of TCG, to be mentored by Sharon Fogarty.

IN ADDITION TO THE ABOVE AWARDS AND PUBLICATIONS

The artistic directors of Mabou Mines have received two Guggenheim Fellowships, four Rockefeller Playwriting Fellowships, two CAPS awards, the Japan-US Friendship Commission Fellowship. Further, four Fulbright Fellowships including the 40th Anniversary Beckett Chair at Trinity College/Dublin, a NYFA fellowship, the Distinguished Artist Fellowship, the Mexican/US Exchange Fellowship and the Fox Foundation Fellowship. Works by company members have received awards from ASCAP and have been nominated for such prestigious awards as the Tony, the Pulitzer Prize, and the Helen Hayes American Theater Award. The Company has been awarded the Institutional Advancement, and the Ongoing Ensembles grants from the NEA.

1.7.2016 Honoring Mom (and Molière) With ‘Imagining the Imaginary Invalid’, The New York Times

12.9.15 Still Imagining The Imaginary with Ruth Maleczech, The Brooklyn Rail

06.16.2007 Actress, writer make most of a fascinating subject-The Boston Globe

09.03.09 Peter & Wendy at the Edinburgh Lyceum, review, The London Telegraph

09.22.05 A Girl Caught in an Eternal Family Triangle, The New York Times

Want to stay in touch?Sign up here 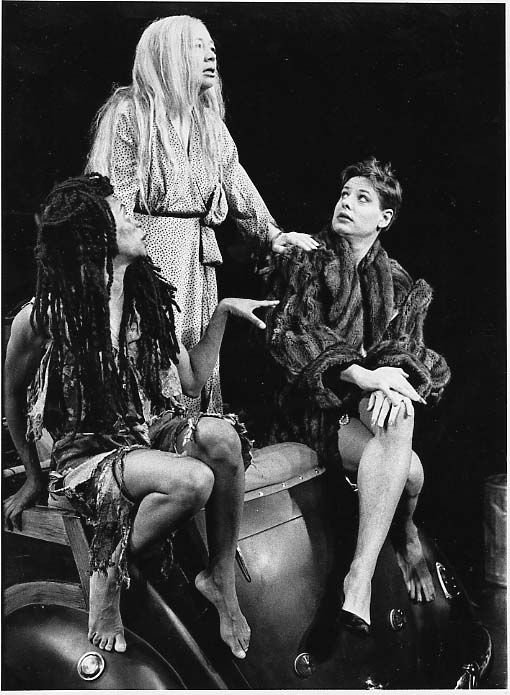