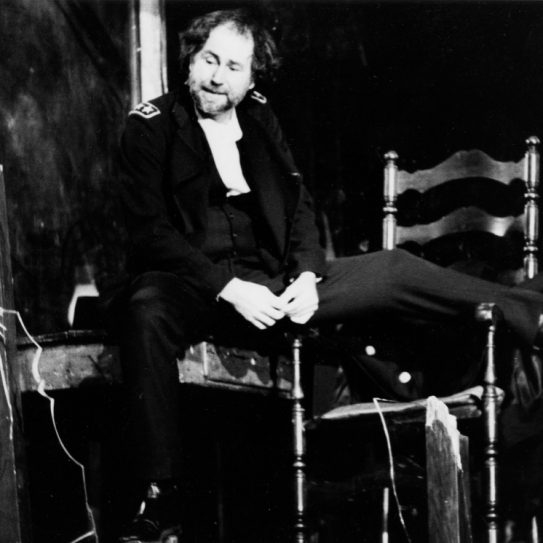 Conceived and Directed by

With excerpts from the memoirs of Ulysses S. Grant and Julia Dent Grant

“...a most creative example of collaborative performance theater.”

”Cold Harbor” was a sardonic, socio-psychological probe of Ulysses S. Grant. Mr. Raymond played Grant as a sculpture on display in a museum exhibition. The character came to life in all his alcoholic fallibility, falling out of his glass case and then leading us through his military campaigns, including his cataclysmic defeat at Cold Harbor. While learning about Grant, we also saw tableaux vivants of such Victorian sentiments as Suffering and Virtue, juxtaposed with stark still photographs of the Civil War. ”Cold Harbor” was the centerpiece of a current Off Broadway festival of works by the Mabou Mines, the experimental troupe that is the inspiration for so much that is innovative in the avant-garde today.”
Mel Gussow – New York Times

IN THE ARTS: CRITICS’ CHOICES