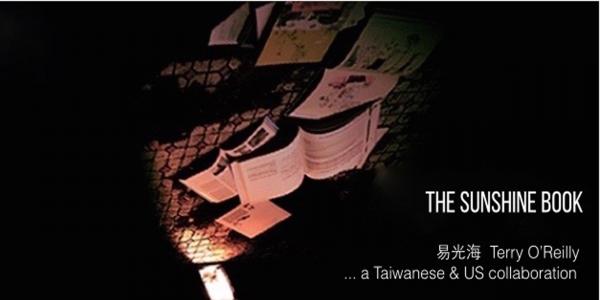 "a piece about forgiveness and other impossibilities that nevertheless sometimes occur"

My Sunshine Book is our book. It flows with common humanity, plural lives female and male that intersect and hope for change. The new writing deals with a boy who is a refugee, running, a theme especially meaningful in places where the sense of the future is one of uncertainty, as among the aborigines of Taiwan. Written as an open source invitation for collaboration for Taiwanese and US artists; The Sunshine Book is a song cycle of images, tableau, outburst and speechless dances, instrumental music, cinema and the power of the human voice…

Performances feature members of Aboriginal tribes in Taiwan, as well as artists and performers from the United States and Taiwan. The expanded text by Mabou Mines writer director Terry O’Reilly is intended for the particular interests of the Taiwanese people.

The initial trailer is now here! Click here to view.

Development originated in the US in 2013 and continued in Taiwan in 2014 with the support of ACC Taiwan, and the Taipei Artist Village/Treasure Hill Artist Village AIR residency program, MOC Taiwan. Terry was also a Fulbright Senior Scholar at Taipei National University of the Arts (TNUA) in Theater Anthropology for 2014-2015. A second major residency was completed in 2015-2016 at the Bamboo Curtain Studio in Taipei. The Sunshine Book is in development to open in New York 2021-2022 and as a touring show for English and Chinese speaking audiences in Asia, Europe and the Americas.