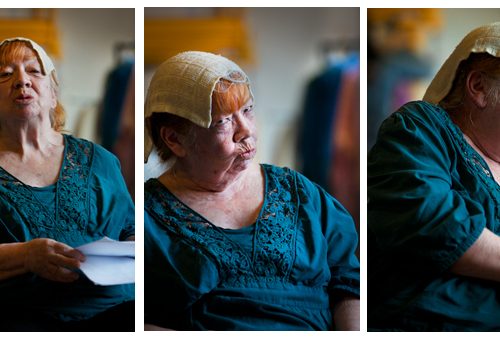 Ruth Maleczech (January 8, 1939 – September 30, 2013)
A founding Co-artistic Director of Mabou Mines, Ruth Maleczech collaborated on almost every piece that the company created from 1970 until her death in 2013. For Mabou Mines, she directed six works: Wrong Guys, adapted from the novel by Jim Strahs, which was presented at the Public Theater and for which she received a Villager Award for Direction; 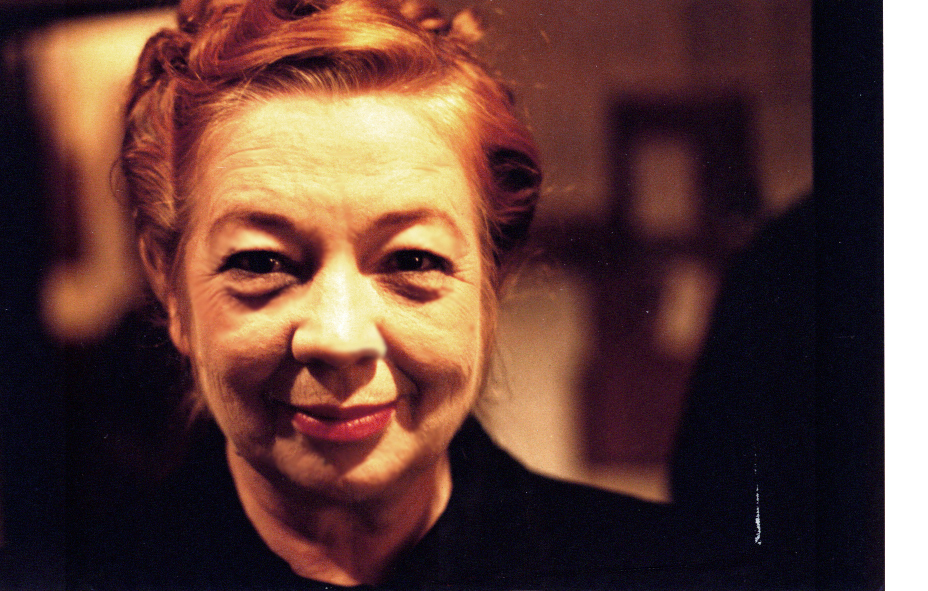 Vanishing Pictures, which investigated the confluence of the writing of Edgar Allan Poe, the music of Eric Satie and the technological break-through of black and white photography, for which she received an OBIE Award for Design (shared with Julie Archer); Samuel Beckett’s Imagination Dead Imagine, which she conceived as a large-scale hologram with a recorded narrative; The Bribe by Terry O’Reilly; Sueños, a music theater work, assembled by Ms. Maleczech, from the letters and poems of Sor Juana Inez de la Cruz; the OBIE award-winning Belén: A Book of Hours, a music theater work, performed in Spanish and English, that captured the voices of women locked in the Mexican institution Belén, from its time as a church-run “sanctuary” for single women through its transformation into the most notorious prison in Mexico; and Song for New York, a site-specific, music theater work which was presented free to the public from a barge on the waterfront at Gantry Plaza State Park in Long Island City. She was working on Imagining the Imaginary Invalid an adaptation of Moliere’s play when she died.

She received numerous awards for performance, including three OBIE Awards. Other roles with Mabou Mines include Winnie in Happy Days; Madame Curie in Dead End Kids; Mae Garga in Bertolt Brecht’s In the Jungle of the Cities; the title role in Mother by Patricia Spears Jones; and Rose in An Epidog and Ecco Porco, Sri Moo in Summa Dramatica by Lee Breuer; The Mother in Red Beads by Lee Breuer and based on an original story by Polina Klimovitskaya; and Lucia in Lucia’s Chapters by Sharon Fogarty.

Outside of Mabou Mines, Ms. Maleczech created, with Valerie Vasilevski, Fire Works. She collaborated with JoAnne Akalaitis on a stage adaptation of Jean Genet’s Prisoner of Love. Also outside of Mabou Mines, she performed roles such as: Sorrow in Peter Sellar’s production of Zangesi; Life and Fate, directed by Fred Wiseman; the Mother in The Screens, directed by JoAnne Akalaitis at The Guthrie Theatre, Minneapolis; Mistress Quickly in Henry IV, Parts I and II and The Grandmother in Woyzeck, both at The Joseph Papp Public Theater; as Winnie in Happy Days, at The La Jolla Playhouse and as one of the leads in Charles Mee’s First Love, at New York Theatre Workshop; as La Goulue in

Martha Clarke and Charles Mee’s Belle Époque at Lincoln Center. She has appeared in numerous feature films, both independent and studio productions, including Angela and The Crucible. On television she has appeared in ER and Law and Order.

Ruth Maleczech has been the recipient of: A 2010 Gracie Fellow from United States Artist, a 2009 Foundation for Contemporary Arts Award, a New York Foundation for the Arts Fellowship; The Zeisler Award from Theater Communications Group; a PEW/T.C.G. National Theater Artist Residency Fellowship; a Mexico/US Cultural Exchange grant for study and work in Mexico; a Fox Foundation Fellowship for research on the life of Lucia Joyce, in preparation for Lucia.  She has been cited for her influential and pioneering role in experimental theater by the Republic of Egypt, Ministry of Culture. Ms. Maleczech has been named a Distinguished Artist by the National Endowment for the Arts, and (posthumously) 2014 Off Broadway Alliance: Off Broadway Hall of Fame.

“The Ruth Maleczech Award” was created in her honor, a no-strings-attached cash award granted by Mabou Mines together with Ruth’s family, Clove Galilee and Lute Breuer. The awardee is selected through a nomination process and is given annually to a performer who embodies Ruth’s daring and raw, naked, fearlessness in every performance. 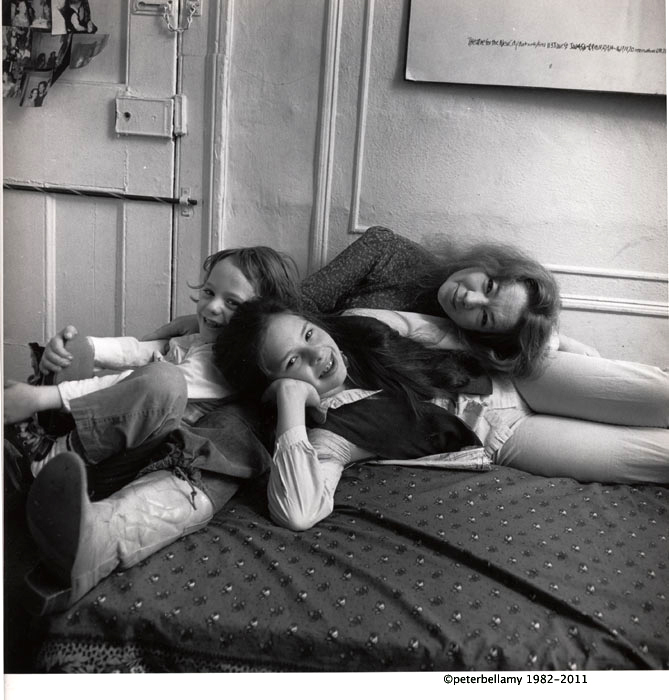 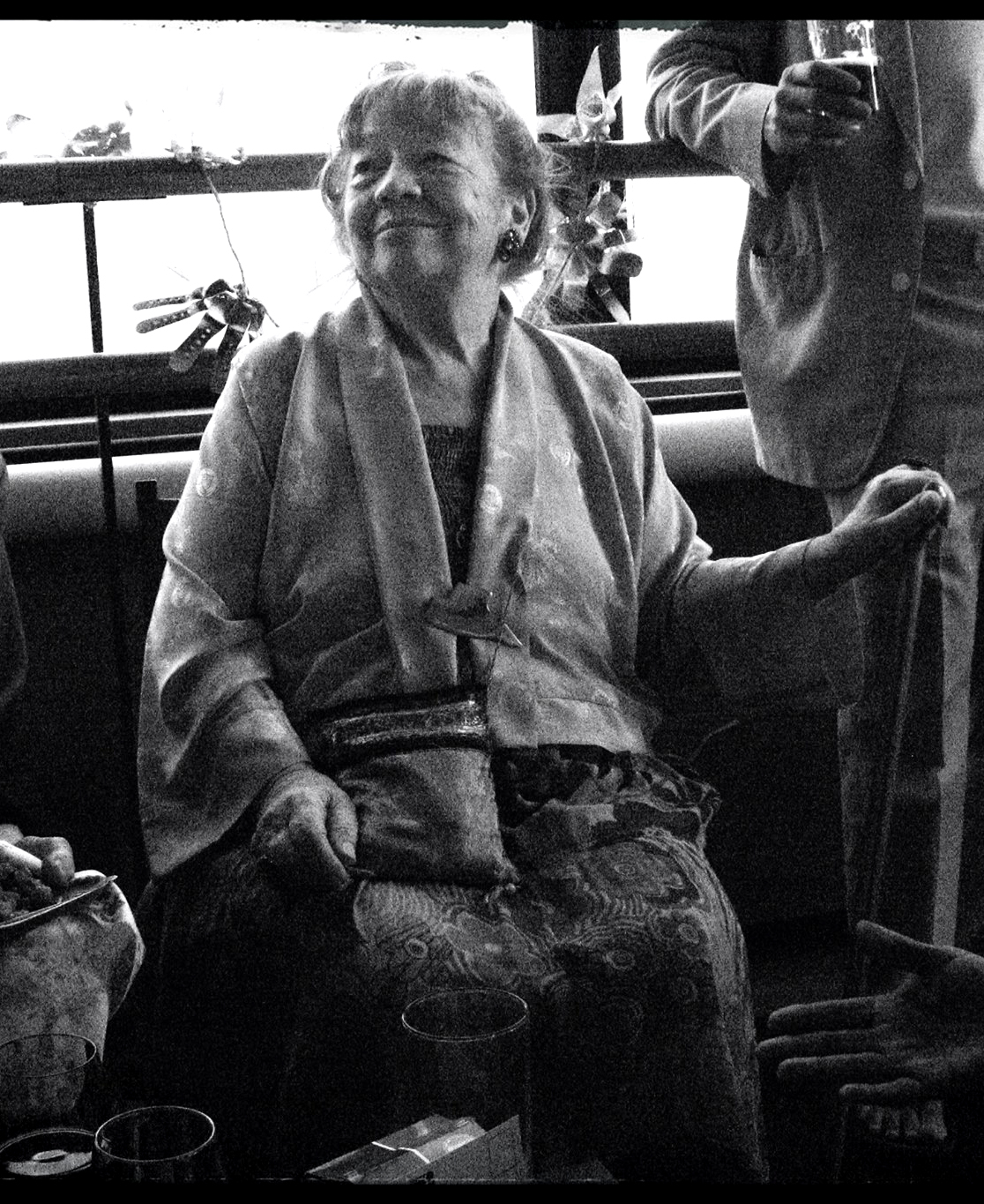 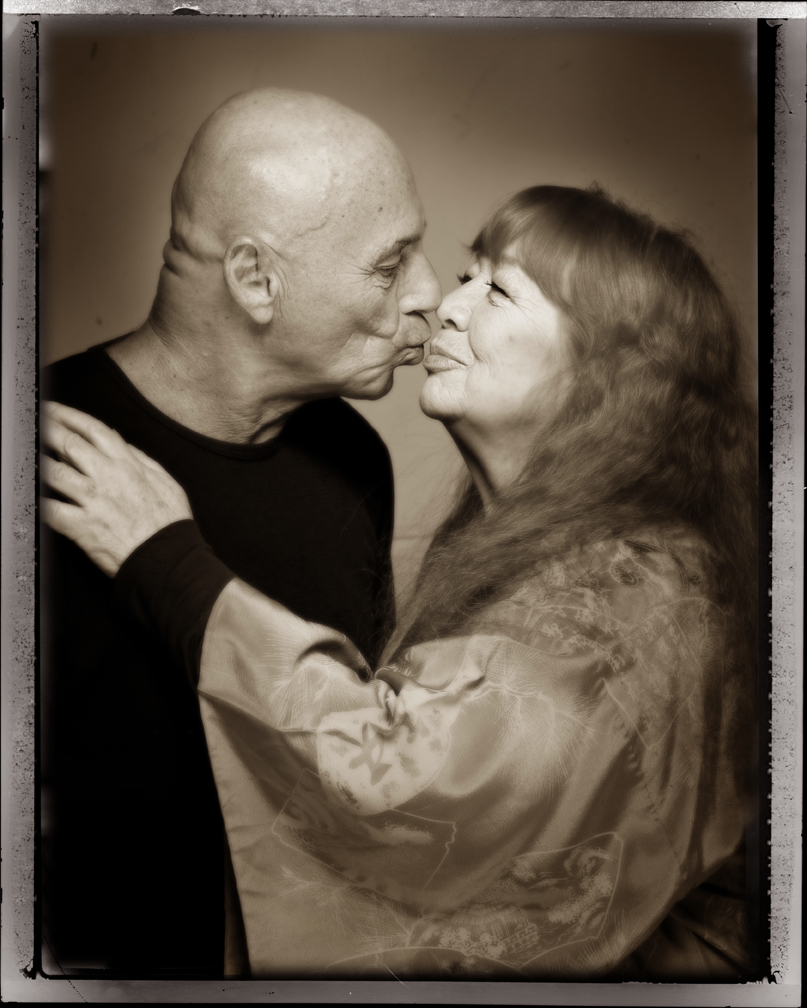 ZEISLER AWARD (TCG) For Contributions to the American Not-for-Profit Theater, 1989

FOX FOUNDATION FELLOWSHIP: For research into the life of Lucia Joyce, 2000

EDWIN BOOTH AWARD: To the Artistic Directors of Mabou Mines for contributions to theatre, 2007