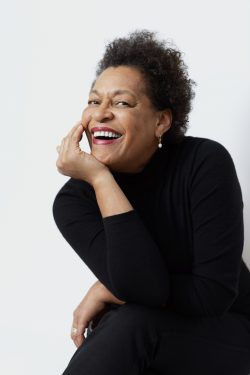 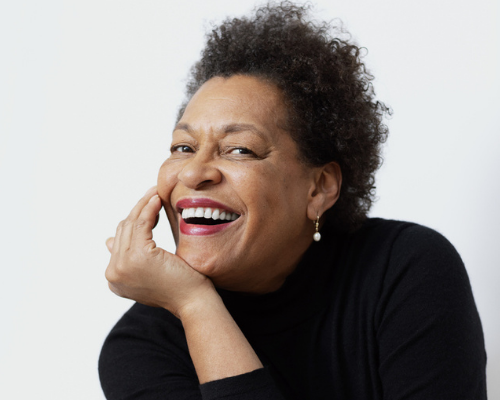 Through image and text, film and performance, and her many convenings with individuals across a multitude of disciplines, Carrie Mae Weems has created a complex body of work that centers on her overarching commitment to helping us better understand our present moment by examining our collective past.

Weems has received a multitude of awards, grants, and fellowships including the MacArthur “Genius” grant; US Department of State’s Medals of Arts; Joseph H. Hazen Rome Prize Fellowship from the American Academy in Rome; the National Endowment of the Arts; and the Louis Comfort Tiffany Award, among many others.

She is represented in public and private collections around the world, including the Metropolitan Museum of Art, NY; Tate Modern, London, England; the Museum of Modern Art, NY and Museum of Contemporary Art, Los Angeles.

Weems has been represented by Jack Shainman Gallery since 2008 and currently Artist in Residence at Syracuse University. She lives in Syracuse, New York with her husband Jeffrey Hoone who is Executive Director of Light Work.