I Understand Everything Better 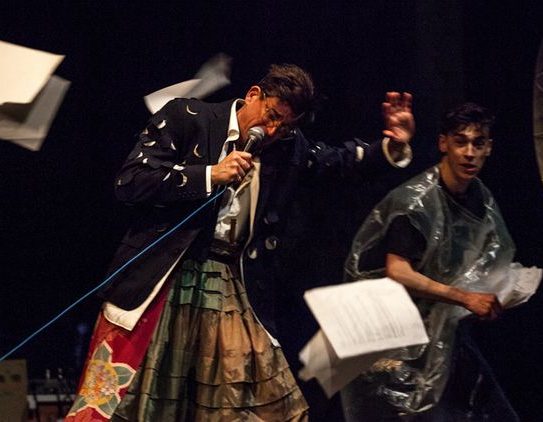 I UNDERSTAND EVERYTHING BETTER

Choreographed and Directed by

“By now the line on Mr. Neumann is well established: He is the smart joker of dance. What’s not said as often is how deeply felt and deeply moving his work can be.”

I Understand Everything Better, a multidisciplinary dance-based performance by Bessie-Award winning choreographer/performer David Neumann, explores our impulse to report on calamity; the shimmer of attention to realms unseen; the concurrence of unrelated events and the body as evidence of a will having to let go. Neumann’s “deeply felt and deeply moving” work (New York Times) manifests as a ‘solo with other performers’, marking Neumann’s return to performing in his own work after an absence of several years.

Developmental support for this project is provided by Ringling Museum and the Maggie Allesee National Center for Choreography at Florida State University. David Neumann/Advanced Beginner Group has been awarded touring support through the National Dance Project, a program of New England Foundation for the Arts.