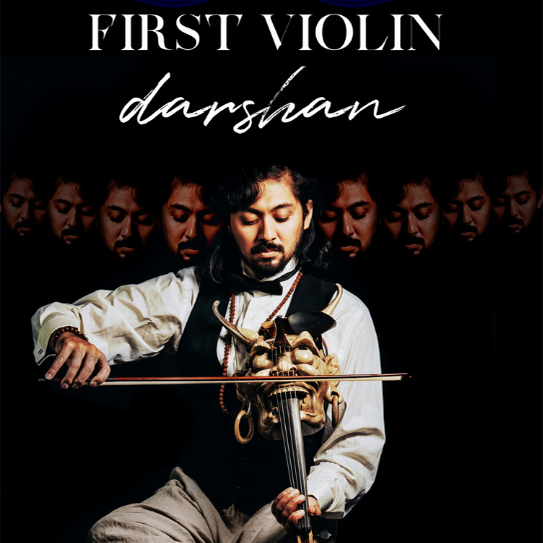 a biomythography installation created by

ADDITIONAL MUSIC AND SOUND CONTRIBUTIONS BY

An act of defiance leaves the half-breed demon king of Lanka trapped under a mountain for a thousand years. In his isolation, he dismembers himself to fashion a stringed instrument that becomes the oldest ancestor of the violin, and composes a song of devotion to win the favor of the Great Destroyer and earn his liberation.

First Violin: darshan is the latest incarnation of Sean Devare’s ongoing artistic explorations of the epic poem The Ramayan. The gallery after hours becomes a prison, a temple, and a concert hall in a series of autobiographical and musical meditations on the re-creation and reclamation of this king of instruments and symbol of the model minority. Additional music and sound elements by Luke Santy. 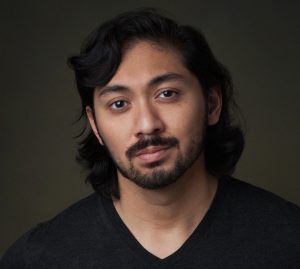 Luke Santy (Musician, Sound Designer) is a Brooklyn-based musician and theater artist particularly interested in the fields of sound design and creative tech. He is Co-Artistic Director and Musical Director of puppet-based theatre company Little Did Productions, which has performed at St. Ann’s Warehouse, the Center for Puppetry Arts (Atlanta, GA), and at the National Puppetry Festival (Storrs, CT). Other Favorite Credits include Meditating with My Parents (The Brick, Dixon Place), Lost and Found (EMPAC), LA Party (Dartmouth College), Yo Miss! (Dancer’s Workshop, Jackson Hole, WY), Electricidad (Lehman College). Listen at LUKEINTERNET.bandcamp.com