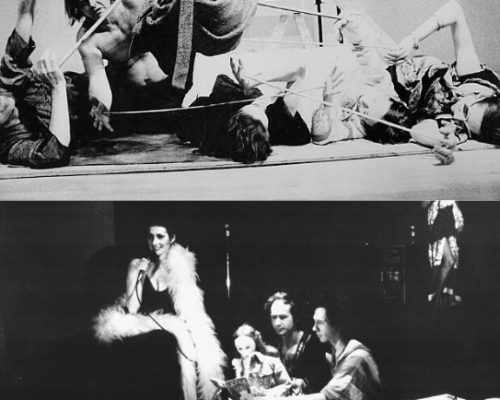 “In Mabou Mines parlance, animation means both bringing characters to life and cartoon, and it intentionally conjures both animus (the Latin word for soul) and animal — the multiple meanings enriching the word rather than canceling one another out. Mr. Breuer’s work exemplifies postmodern literary playfulness and parodies it at the same time.” — The New York Times, 2002

TEXT AND DIRECTION BY

From Franklin Furnace: “In this performance…Lee Breuer speaks in first person as John’s dog ‘Rose’ revealing her unrequited and unrealistic love of her owner. It is funny, poignant, and symbolic of feminist issues concerning male-female relations around the time of the performance.” 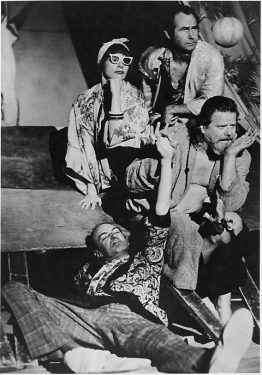 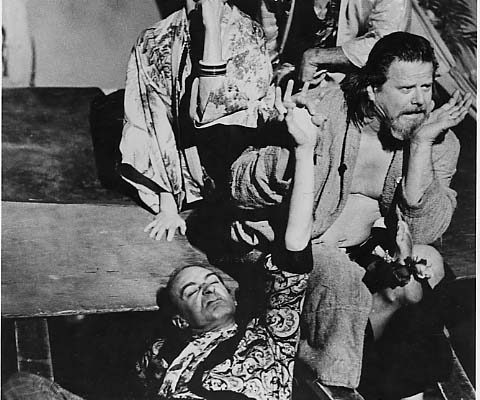 “Apparently Mabou Mines means animation in several senses, even perhaps as a reference to film animation. B. Beaver is a brief (less than one hour), comic piece in which people are treated as objects to be manipulated and inanimate objects are activated. The focus is the set, an assemblage of boards, planks, poles and fabric.” —Mel Gussow, New York Times, 1977 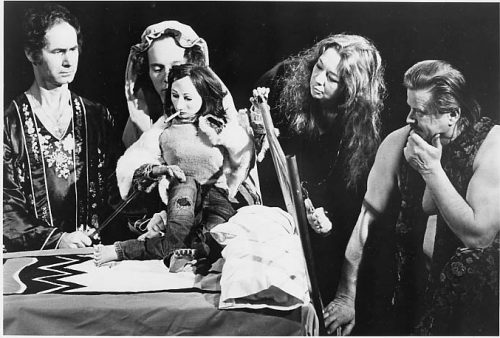 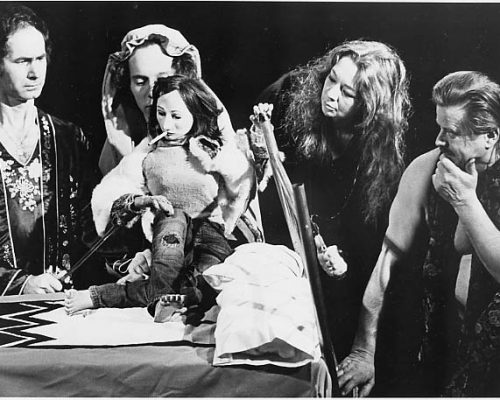 “This is a devious and difficult piece of theater, which is as tantalizing as it is obfuscating. The title is meant to be taken literally—as in shaggy dog story: a man falls in love with his house pet, or perhaps, he treats his mate like a dog. To attempt an interpretation, let me suggest that Mr. Breuer is using the canine as metaphor for civilization. Simply stated, it’s a dog’s life.” —Mel Gussow, New York Times, 1978