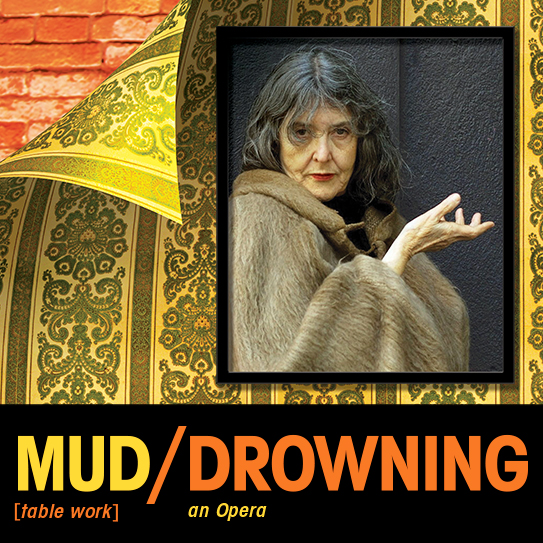 MABOU MINES and WEATHERVANE PRODUCTIONS, in association with THE DAYS AND NIGHTS FESTIVAL PRESENT

with new music composed by

"... this evening offers a glimpse into the range of Irene’s rich theatrical landscape and the heart of an artist who never soothes and continues to astonish.”

PLEASE NOTE: Mabou Mines requires masks, a proof of a complete COVID-19 vaccination, and a valid ID to enter the building and attend performances.

Mabou Mines and Weathervane Productions, in association with Philip Glass’ The Days and Nights Festival, present a celebration of legendary playwright and director María Irene Fornés, featuring Philip Glass’ transformation of her five-page play DROWNING into an opera and Fornés’ acclaimed play, MUD. This exciting double-bill marks the show’s triumphant return after a sold-out run at Mabou Mines in 2020, where its New York premiere was called “a notable new work” and designated a Critic’s Pick by the New York Times.

JoAnne Akalaitis directs these two intimate productions (both with new music composed by Glass), which offer New York audiences an opportunity to experience the work of a singular writer at close range. Akalaitis explains, “The program is intended to express that world of Irene’s, which is about the terribly poignant and unfulfilled longing for some kind of emotional accomplishment in life that often gets dashed—that’s what both of these pieces are about. We hope this evening offers a glimpse into the range of Irene’s rich theatrical landscape and the heart of an artist who never soothes and continues to astonish.”

Mud/Drowning builds upon a recent outpouring of recognition of Fornés’ work that began with an Akalaitis-produced marathon of her plays at the Public Theater in August 2018 and continued with the acclaimed Theatre for a New Audience production of Fornés’ landmark Fefu and Her Friends, directed by Lileana Blain-Cruz, in the fall of 2019. Earlier versions of the new Drowning opera and Mud were first performed in 2019 at the Circle Theatre in Carmel, CA, as part of the Days and Nights Festival.

Plus: Join Us for a Screening of the Documentary The Rest I Make Up
Monday, October 3 at 7:30 PM | Mabou Mines Theater

Learn more about the life and work of María Irene Fornés at our companion event, a free screening of The Rest I Make Up, the 2018 documentary about Fornés and her unexpected friendship with filmmaker Michelle Memran. The screening will be followed by a talkback with Memran. RSVP HERE.

JoAnne Akalaitis is a theatre director, writer and founding member of Mabou Mines. She has received six OBIE Awards for direction (and Sustained Achievement), and a Drama Desk Award. JoAnne is the former Artistic Director of The Public Theater and has staged works by María Irene Fornés, Euripides, Shakespeare, Strindberg, Janacek, Philip Glass, Beckett, Jean Genet, Tennesse Williams, Harold Pinter in addition to her own work. Akalaitis was the Andrew Mellon Co-Chair of the first directing program at The Juilliard School, chair of the Theater program at Bard College, and the Denzel Washington Endowed Chair of the Theater at Fordham University. She conceived and co-produced the María Irene Fornés Marathon at the Public Theater in 2019.

Born in Baltimore, Maryland, Philip Glass is a graduate of the University of Chicago and the Juilliard School. By 1974, Glass had created a large collection of music for The Philip Glass Ensemble. The period culminated in the landmark opera, Einstein on the Beach. Since Einstein, Glass’s repertoire has grown to include music for opera, dance, theater, orchestra, and film. His scores have received Academy Award nominations (Kundun, The Hours, Notes on a Scandal) and a Golden Globe (The Truman Show). Recent works include Glass’s memoir, ‘Words Without Music’, by Liveright Books, Glass’s first Piano Sonata, opera Circus Days and Nights and Symphony No. 14. Glass received the Praemium Imperiale in 2012, the U.S. National Medal of the Arts from President Barack Obama in 2016, and 41st Kennedy Center Honors in 2018. Glass celebrated his 85th birthday on January 31, 2022.

“Review: ‘Drowning’ Is a Philip Glass Opera for Just 99 Seats

This adaptation of a play by María Irene Fornés, directed by JoAnne Akalaitis, is a compact but notable new work.”

*Actor appears through the courtesy of Actors’ Equity Association, the Union of Professional Actors and Stage Managers in the United States. 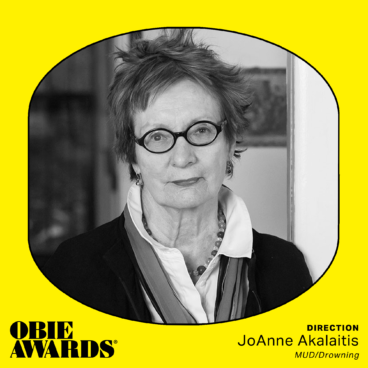